Man Airlifted to Hospitial after Early Morning Attack in Gravesend

© Licensed to UK News in Pictures. Gravesend Kent Monday 3rd July 2017 A property on Clarence Place remained sealed off by Kent office following an early morning assault. Other resident who share the building have been made to leave by Police whilst a full scene of crime examination takes place. Clarence Place is still a hive of Police activity with four Police cars and other specialist scene of crime officers and CID officers. A spokesman for Kent Police Said: Kent Police was called at 7.32am on Monday 3 July 2017 to a report of an assault in Clarence Place, Gravesend.

Officers attended the scene alongside the South East Coast Ambulance Service and the Kent Fire and Rescue Service.

A man in his 30s was taken via air ambulance to a hospital in London to be treated for injuries.

A second man has been arrested. Enquiries are ongoing.©UKNIP 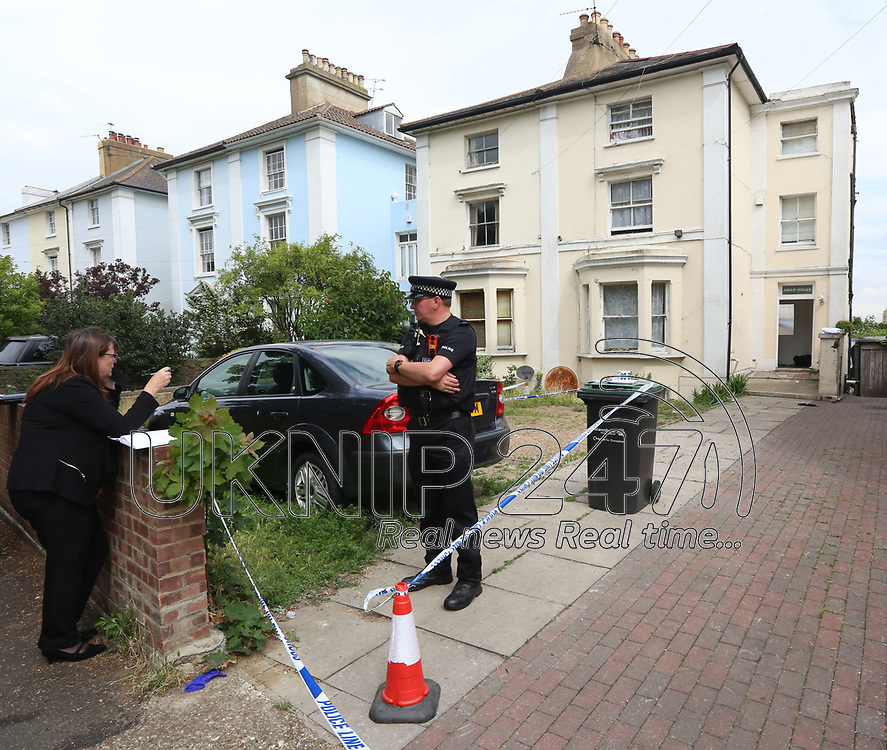