HMS Queen Elizabeth arriving at her home dock in Portsmouth 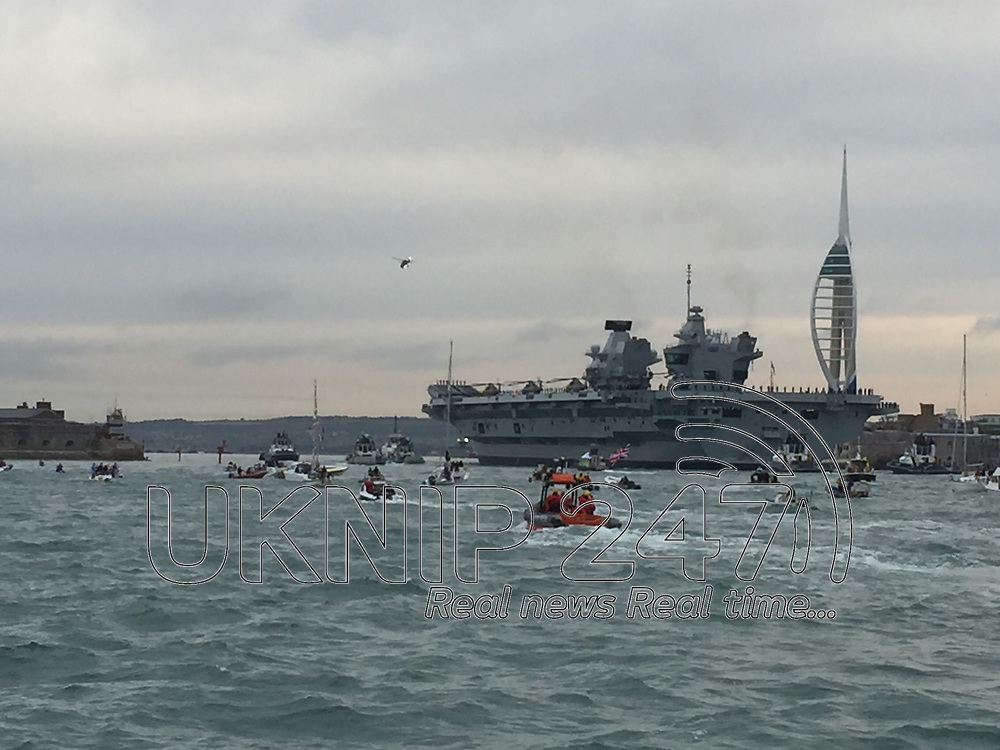