Thursday 28th April 2016 A Man has been struck by a car after running across a three lane major motorway in Hampshire.

Ambulance crews were called out to the emergency that occurred between junctions 12 and 13 of the M3 on the northbound carriageway.

The motorway is currently closed after what Highways England are calling a "serious incident".

Two ambulance crews and a doctor attended the scene at 7.37pm and a spokesperson for South Central Ambulance said the man has sustained a serious but not life-threatening injury

He has been taken to Southampton General Hospital and was conscious and breathing at the time.

They added that it appeared the man was hit by a car whilst running across the motorway.
Drivers heading home have reported gridlock traffic while the motorway remains closed and have seen a lorry stopped in the road as well as cars on the hard shoulder.

The incident has caused major traffic delays on the motorway heading north. @UKNIP 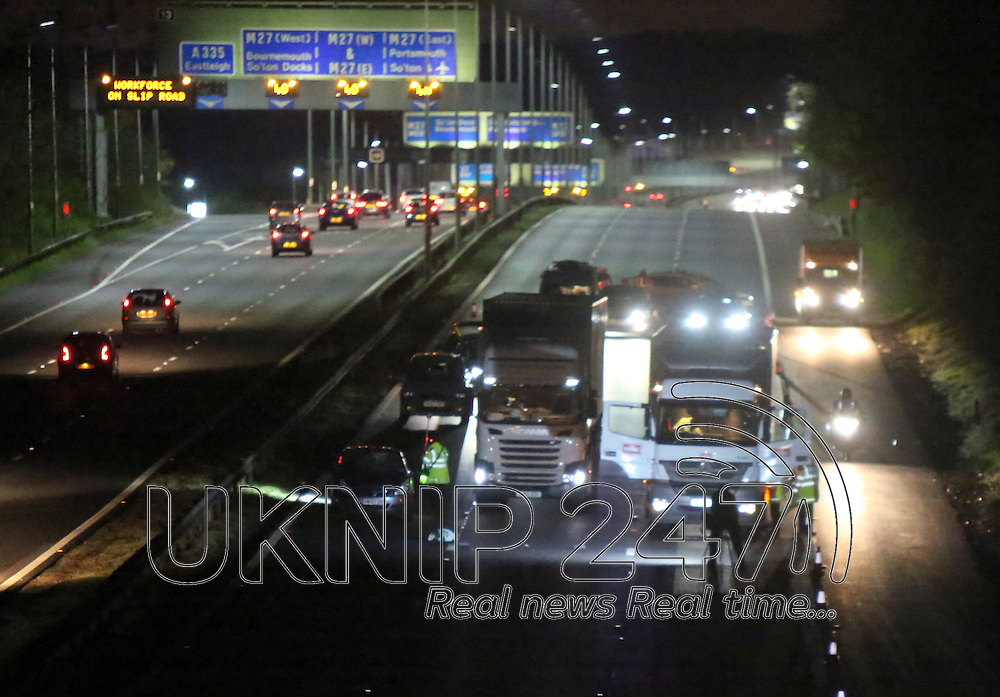